Mini-toys on a 3D printer 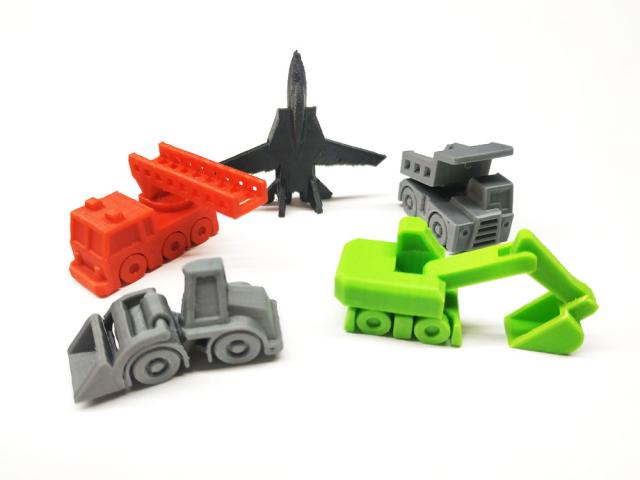 I decided to try how my homemade 3D printer will cope with small models, for this I chose mini-toys and printed them.