It has long been stored on the computer three photos of the vase, once found on the Internet. The vase is made in origami technique and as I suppose it consists of special modules - paper triangles. 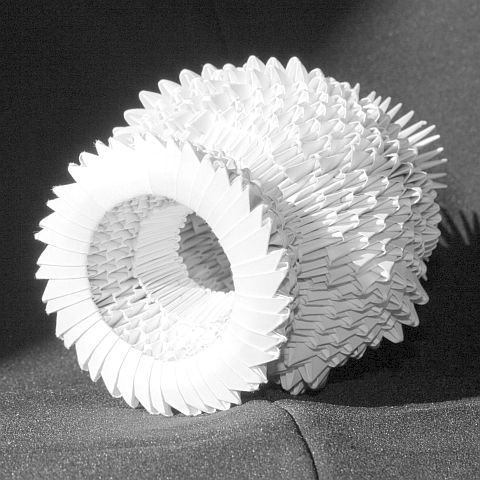 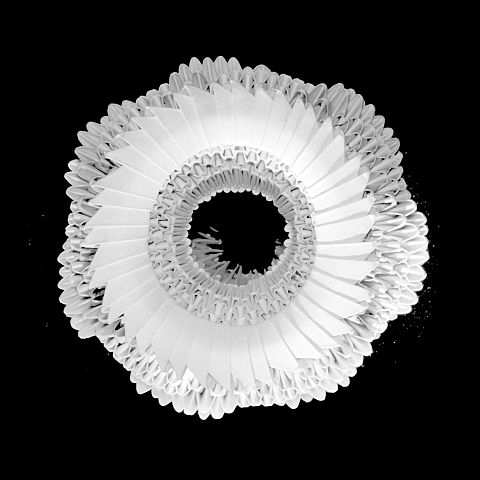 Respect those who do it themselves!